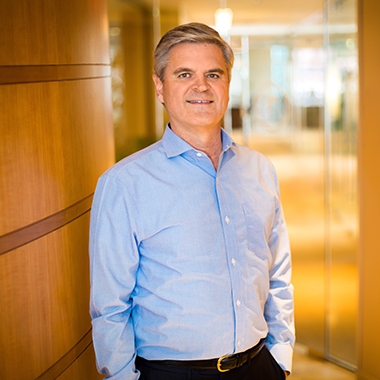 Steve Case is one of America’s best-known and most accomplished entrepreneurs and a pioneer in making the Internet part of everyday life.

For the past 15 years, Steve’s focus has been on starting and scaling Revolution, the Washington, D.C.-based investment firm that now backs entrepreneurs at every stage of their development. RevolutionGrowth has invested nearly $1 billion in growth-stage companies including Sweetgreen, Tempus, Tala, DraftKings, and Clear. Revolution Ventures has backed more than two dozen venture-stage companies, including Framebridge, Policygenius, and Bloomscape. The Rise of the Rest Seed Fund has invested in more than 130 startups in over 70 U.S. cities, in partnership with many of America’s most successful entrepreneurs and investors.

Steve’s entrepreneurial career began in 1985 when he co-founded America Online (AOL). Under Steve’s leadership, AOL became the world’s largest and most valuable Internet company, helping to drive the worldwide adoption of a medium that has transformed business and society. AOL was the first Internet company to go public, and the best-performing stocks of the 1990s, delivering an 11,616% return to shareholders. At its peak, nearly half of Internet users in the United States used AOL. In 2000, Steve negotiated the largest merger in business history, bringing together AOL and Time Warner in a transaction that gave AOL shareholders a majority stake in the combined company. To facilitate the merger, Steve agreed to step down as CEO when the merger closed.

Steve has been a leading voice in shaping government policy on issues related to entrepreneurship, working across the aisle to advance public policies that expand access to capital and talent. He was instrumental in passing the JOBS (Jumpstart Our Business Startups) Act and the Investing in Opportunities Act, and is active in advocating on behalf of immigration reform and legislation that supports and accelerates the emergence of startup ecosystems in rising cities.

Steve also serves as the Chair of the Smithsonian Institution, the world’s largest museum and research complex. In this role, Steve leads the Board of Regents’ efforts to increase the Institution’s reach, impact, and relevance.

Steve is also Chairman of the Case Foundation, which he established with his wife Jean in 1997. Together the Cases have invested in hundreds of organizations, initiatives, and partnerships with a focus on leveraging the Internet and entrepreneurial approaches to strengthen the social sector.

In 2010, Steve and Jean joined The Giving Pledge, and publicly reaffirmed their commitment to give away the majority of their wealth to philanthropic causes.

Steve is also the author of The New York Times bestselling book, The Third Wave: An Entrepreneur’s Vision of theFuture. In it, Case recounted many of the lessons he learned from building businesses, and outlined the growing importance of place, policy, and partnerships.

Steve was born and raised in Hawaii and retains active ties to his home state, but has lived in the Washington, D.C. area for more than 30 years.