Washington, D.C. – TechNet, the national, bipartisan network of innovation economy CEOs and senior executives, today announced Margaret Durkin as Executive Director for Pennsylvania and the Mid-Atlantic Region, a new region for TechNet’s 50-state advocacy program. Durkin will be based in Harrisburg, Pennsylvania, and oversee TechNet’s state advocacy in that state as well as in Delaware, Maryland, New Jersey, North Carolina, Virginia, Washington, D.C., and West Virginia. Her first day with TechNet will be July 5.

“TechNet’s state advocacy program is the most effective in the country and is one of the most highly-valued parts of our organization. By welcoming an experienced leader in Margaret and expanding to a seventh region, we will be even better positioned to track legislation, educate lawmakers, and advocate for policies that create jobs and grow our economy. Margaret will be a great addition to TechNet, and we’re excited she’s joining our team,” said Linda Moore, TechNet’s President and CEO.

Durkin joins TechNet after working for a Pennsylvania-based contract lobbying and advocacy firm since 2014. Durkin worked with clients in front of the state’s General Assembly and managed legislative tracking, lobbying disclosure, and PAC budgeting and administration. She also oversaw legislative issues ranging from data security and information technology to online marketplaces and healthcare. Durkin graduated from Temple University with a bachelor’s degree in Political Science.

“Margaret’s experience on key issues and understanding of the Pennsylvania legislature will be invaluable to our members. We look forward to Margaret expanding her capabilities across the region as she works to monitor and impact legislation that matters to our members,” said David Edmonson, TechNet’s Vice President of State Policy and Government Relations.

“I’m thrilled to be joining TechNet and their industry-leading state advocacy program. I look forward to meeting members and working with them on policies that advance innovation and spur economic growth,” said Durkin.

TechNet’s 50-state advocacy program is focused on legislative and regulatory advocacy across the country, relationship-building among member companies and policymakers, policy expertise and influence, and local support for federal initiatives. 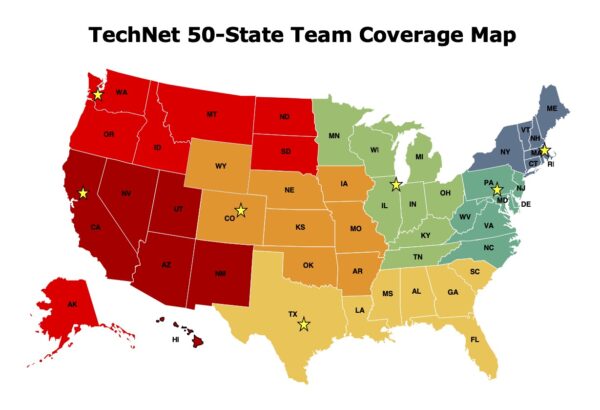